April 2020: Our shuttle services remain available for essential travellers on internal Queensland arrivals and departures only. This means flights from Brisbane, Townsville, Cloncurry, Weipa, Mt Isa, Moranbah into and out of Cairns Airport. Use book and pay from menu. Stay safe everyone! 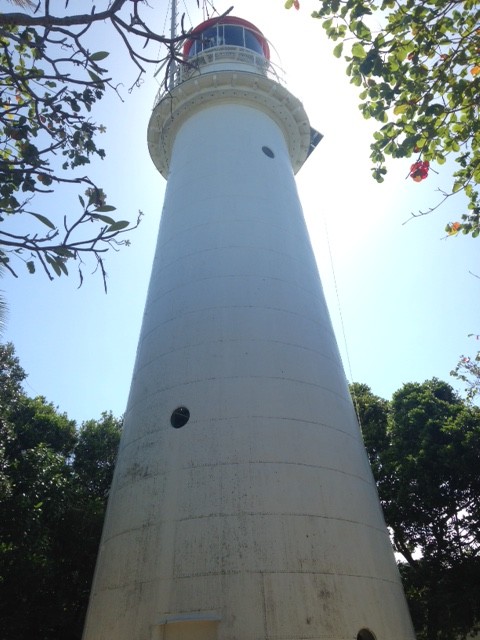 The Low Isles Lighthouse was first exhibited in November 1878. This picture taken during a complimentary tour of the island at 2.15pm in the afternoon. A great way to round out the day, learning some local history before heading back to the catamaran.

The information below appears on the Australian Maritime Safety Authority signage at the base of the light house:

The Low Isles Lighthouse was first exhibited in November 1878 and has flashed its signal over the inner Great Barrier Reef ever since.

At that time, Low Isles Lighthouse was transferred to the Commonwealth along with hundreds of other state lights. Since then, it has remained the responsibility of the Commonwealth Government.

Low Isles Lighthouse is now thoroughly modernised and an integral part of Australia's navigational network which completely circles our coastline and provides safe passage for all vessels.

For more information on the Low Isles Lighthouse - see the wikipedia link below we've found.